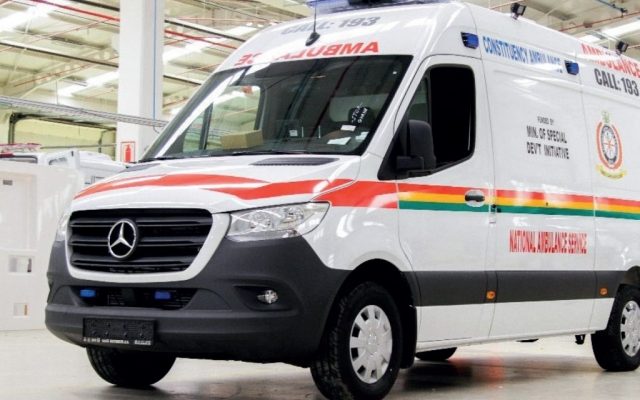 Although Ghana’s rapid economic growth has brought along increased spending on health, government investments have not been suffi cient to cope with the rising demand for healthcare. Private investors saw the opportunity and Ghana is now home to thriving private health businesses including hospitals, clinics, diagnostic centres, laboratory services, and pharmacies.

From 2001 to 2017, the country’s healthcare budget grew by 11%. At the same time, Ghana’s population grew by more than 50%, in addition to becoming older and more sedentary. As a result, Ghana was faced with new challenges such as the emergence of new diseases that the system was not prepared to treat, thus demanding increased funding.

Ghana’s 2019 budget awarded GHC1.5 billion (US$0.3 billion) to the health sector, compared to GHC941 million in 2018. Health expenditures represented 4.45% of Ghana’s GDP in 2016, according to the World Health Organisation’s Global Health Expenditure database. This compares to 5.5% for Sub-Saharan Africa as a whole. Private spending has historically represented a significant part of total health expenditures. Even though it has declined in recent years, health insurance coverage is unsatisfactory and poverty plagues access to health care. Due to lack of funding, hospitals have been raising the price of services charged to patients so they can stay afloat and keep medical equipment up and running.

Speaking at the 2019 government health summit in April, the Minister of Health, Hon. Kwaku Agyeman-Manu, said the government was committed to improving the quality of Ghana’s healthcare infrastructure as health is essential for economic growth.

As Ghana moves into a middle-income economy, donors withdraw gradually and the country needs to raise funds domestically to bridge the gap, explained the minister. He said in September that Ghana was finalising its roadmap document for Universal Health Coverage (UHC).

The doctor-to-patient and nurse-to patient ratios, which had been key challenges in the past two decades, have improved significantly. The nurse-to-patient ratio reached 1:839 in 2019 according to Ghana’s 2019 mid-year budget statement, which exceeds the World Health Organisation benchmark of 1:1000. The government also restored nursing trainee allowances in 2017. Now that Ghana has enough nurses, the government has plans to send some of them to countries like Barbados or the UK, where professionals are in demand.

The Minister of Health further expressed the government’s determination to improve healthcare infrastructure. As outlined in the mid-year Budget statement, the government has invested in a number of projects designed to achieve UHC goals. The government procured 275 ambulances in 2019. Contracts were awarded for the construction of 26 clinics, which are expected to be completed by December 2019.

The government finished upgrading the Tamale Teaching Hospital in February 2019. Five polyclinics were built and equipped in the Greater Accra area by June 2019.

In April 2019, the government launched a medical drone delivery service to Community-based Health Planning and Services (CHPS) compounds, health centres and hospitals in the Eastern and Ashanti regions. The service is expected to be extended to the Northern and Western regions by the end of the year. In June 2019 alone, as many as 195 drone deliveries (of which 44 were blood products and 151 other medical supplies) were made to various health facilities.

GIPC lists the following opportunities for private investors in the health sector: