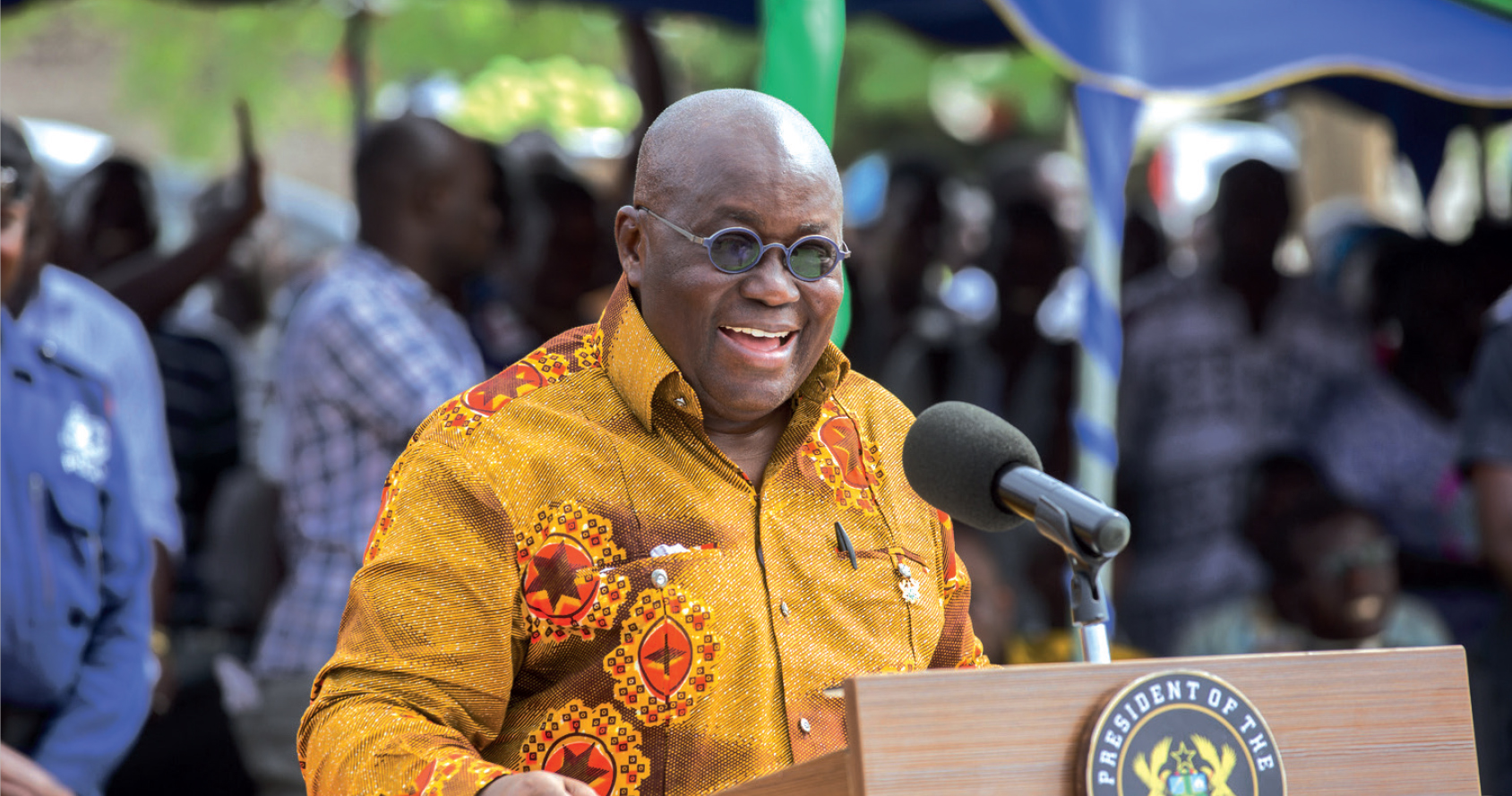 In 2019, President Nana Akufo-Addo has led Ghana through an exciting Year of Return, complete with festivities, celebrations and the promise of Diaspora-related investments aiming to boost the country’s development. Under the President’s strong political leadership, Ghana has embarked on a mission to champion the cause of Pan-Africanism while reversing the historical brain-drain of educated Ghanaian youths to America and attracting the African diaspora’s pool of talent and investment potential to the country.

The Year of Return promises to end as glamorously as it started, with Hollywood stars and other VIPs, such as Austrian actor Boris Kodjoe, gathering around a full calendar of events marking the 400th anniversary of the arrival of enslaved Africans to America. The country will head into 2020 under the newly-created Beyond the Return banner, which features a number of initiatives designed to make it easy for Diaspora members to settle down and invest in Ghana.

As the Year of Return draws to an end, Ghana has reasons to celebrate. The country is set to be one of the world’s fastest-growing economies in 2019 with GDP rising 7.6% according to the World Bank’s forecast, with the mining, petroleum and agriculture sectors driving growth. In October the International Monetary Fund, for its part, revised its forecast for Ghana’s 2019 GDP growth from 8.8% to 7.5%. This decrease is based on the expected reduction of crude oil and cocoa production.

Oil, gold and cocoa: the three pillars of Ghana’s growth

Traditionally, gold and cocoa exports have been the main pillars of Ghanaian growth.Ghana is one of the world’s biggest gold exporters. In 2018, gold accounted for 14% of GDP and represented 49% of Ghana’s exports. Cocoa dominates Ghana’s agricultural exports and is a major source of fiscal earnings. The country is the world’s second- largest cocoa producer. The government decided in October to increase cocoa farmgate prices by 8.4%, which is expected to support economic activity in the fourth quarter of 2019. The discovery of oil and gas in 2007 and the beginning of production in 2010 gave the economy a significant boost. In 2018, the oil and gas sector accounted for 1.5% of GDP.

In February 2019, Norwegian oil company Aker Energy ASA announced the biggest oil find in Africa, of 450-550 million barrels, with potential recoverable reserves of nearly one billion barrels. This is expected to more than double Ghana’s oil production by 2023, according to Ghana’s Finance Minister, Ken Ofori-Atta. 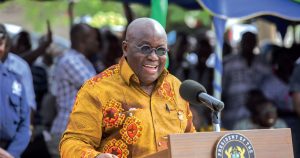 In 2018, the non-oil sector performed well, growing by 6.5% and boosted by the industrial sector’s strong expansion. The trend is expected to accelerate in 2019 and 2020 as Ghana builds up its industrial capacity.

Agriculture’s contribution was significant, thanks to strong growth in the forestry and logging, crops and livestock areas. The outlook remains favourable as the government’s new policies in the agriculture sector and the promotion of agribusiness start bearing results. Th e Planting for Food and Jobs programme has resulted in increased production of various cereals for domestic consumption in addition to creating jobs for the youth.

Reducing reliance on the export of raw materials

The government has implemented policies to reduce the country’s dependence on the export of raw materials, whose prices are subject to commodity price fluctuations on international markets. The One District, One Factory programme encourages the establishment of factories in each of the nation’s 260 districts. One of the goals of this project is to add value to local raw materials
before exporting them.

Ghana was selected to be home to the Secretariat of the newly created African Continental Free Trade Area (AfCFTA), which was launched in July 2019 and will take effect in July 2020. The AfCFTA will remove trade barriers between 54 African member states.

Ghana’s President Nana Akufo-Addo has championed the cause of Ghana Beyond Aid, while the macroeconomic indicators show the country is moving in the right direction.

President Akufo-Addo is committed to the idea of Ghana Beyond Aid and the country is moving in the right direction. Inflation dropped from 19.2% in 2016 to 9.4% in December2018 and remained within the Bank of Ghana’s (BoG) target range of 6-10% in 2019. Interest rates have been coming down since 2016 and the BoG established the benchmark rate at 16% in 2019.

The government pursued it fiscal consolidation eff orts in 2019. In May, the government approved the Energy Sector Recovery Programme, in a bid to reduce the cost of excess power generation and gas supply, which weighs heavily on the budget. The programme was designed to rebalance the energy sector’s accounts by 2024. Poverty indicators continued to drop and financial inclusion improved, mainly due to the expansion of mobile phone penetration, which allows banks and non-financial institutions to extend financial services to remote areas.

Ghana’s population reached 30 million in 2019, having attained middle-income status in 2010, as defined by the World Bank. Ghana is expected to remain one of the fastest-growing economies in the region for 2020. With presidential elections in December 2020, fiscal discipline will be necessary to avoid the excessive spending historically registered in electoral years and to build on recent achievements.

TOP Guide is a special business publication distributed with African Business Magazine [www.icpublications.com]. Thanks to this partnership, the guide reaches the same destinations and same target readers of African Business; it is distributed in business-class on-board of the major airlines connecting Africa to the rest of the world, and in the best hotels across the continent. It is also circulated at some of the major events African Business Magazine is partnering with, such as the World Economic Forum, Mining Indaba (South Africa), Oil & Gas Summits and Expos, Africa Oil Week, Africa Ports & Harbours Show, IMF / WB Annual meetings…