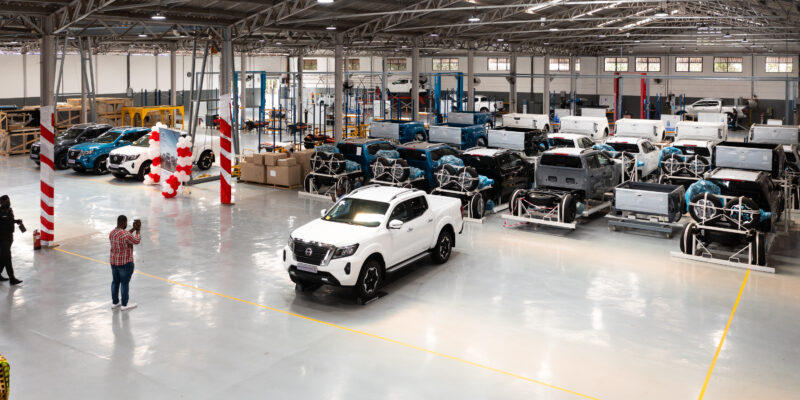 Ghana’s long terms goal is to reduce its reliance on the export of raw materials and to add value to its natural resources for local consumption and export.

The One District, One Factory initiative, launched in 2017, is the government’s flagship programme to achieve this goal. That same year, the government announced a ten-point Industrial Transformation Agenda to emphasise its ambitions in the sector. Between 2017 and 2019, some gains were made, with the sector achieving an average annual growth of the industry sector exceeding 10 per cent. As the African Continental Free Trade Agreement goes into force, a fresh fillip will be given to Ghana’s industrialisation drive.

Until recently, the sector was characterised by a narrow industrial base dominated by agro industries, limited diversification, reliance on imported inputs of raw materials and intermediates, relatively under-developed industry linkages, prevalent use of obsolete technologies and production that was mainly focused on the domestic market. The government recognises that significant transformation of the sector is vital. As such, a change process is being promoted and stimulated to make the sector exhibit a diversified structure of production, undertake processing of more of Ghana’s natural resources to be exportoriented. Ghana’s most important manufacturing industries include aluminium smelting, oil refining, chemicals and cement, processing of metals, pharmaceutical manufacturing, wood processing, as well as textile and garment manufacturing.

The “One District, One Factory” Initiative is a crucial component of the Industrial Transformation Agenda. The Ministry of Trade, Industry, and Presidential Special Initiatives pioneered the concept as part of an integrated programme for accelerated growth and industrial development. It is intended to be a comprehensive rural industrialisation initiative including the establishment of at least one medium to large scale industry in each of Ghana’s administrative districts. The project aspires to do this through a huge private-sector-led, state-wide industrialisation effort that will equip and empower communities to use their natural resources to manufacture items that are in great demand both locally and globally. This would enable the country to realise the benefits of modernisation by increasing agricultural and manufacturing output, decreasing dependency on imports, and increasing food availability. So far, some one hundred and six factories have been completed with others at various stages of development.

The government is pursuing several other policies as part of the industrialisation drive. It is partnering with the private sector to establish industrial parks and enclaves in all the sixteen administrative regions of the country to help provide an inclusive environment for businesses with a focus on light and heavy industries. The government has identified several segments for such development. These include aluminum, pharmaceuticals, agricultural processing, textiles and apparel. The plan aims to establish at least one park or special economic zone in each region and attract both domestic and international investment to the parks and zones. The Ministry of Trade and Industry will facilitate the acquisition of land for the springing up of these industrial parks nationwide. These parks will be Free Zone enclaves with access to reliable energy supply.

Another area of focus is the vehicle assembly and automotive components manufacturing industry, where the government has partnered with automobile giants Volkswagen and Japan Motors as a strategic anchor industry to make Ghana an automobile hub in Africa. The paperless port system has reduced turn-around times at the country’s ports, meaning manufacturing companies can import raw material and machinery with ease and also export with similar speed and convenience. The government has instituted measures to ease the cost of doing business in the country by removing some of the bureaucracies associated with doing business. This is helping to position the country as a business-friendly environment and consequently impact on the country’s ratings on the World Bank’s ease of doing index. Under the Export Development Programme, companies are encouraged to take advantage of the African Growth and Opportunity Act and the Economic Partnership Agreement, which allow tariff-free access to the American and European Union markets respectively.

Added to these is the advantage that comes from Ghana’s geographical position. The Greenwich Meridian runs through Tema, its main industrial hub and it is just six degrees below the equator. It has good travel connections to all the regions of the world and it provides duty-free access to the over 390 million market of the Economic Community of West African States (ECOWAS). The well-developed infrastructure makes it easier for manufacturing companies in Ghana to export to the ECOWAS market.