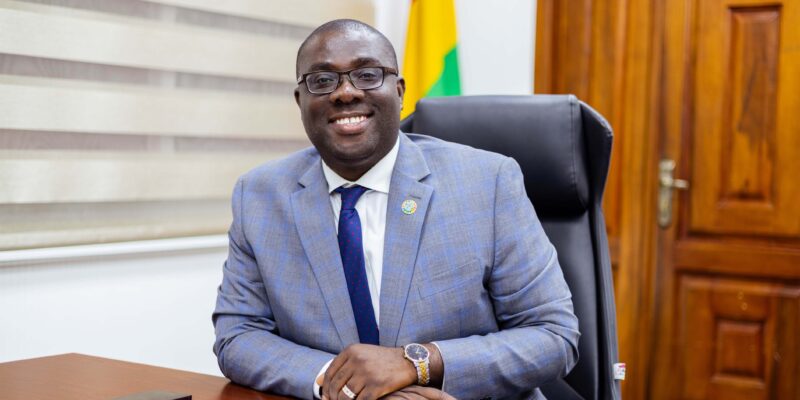 Top Guide: What is the importance of the National Lottery within the Ghanaian economy and in what way has its role evolved over the years?

Samuel Awuku: The National Lotto Act, 2006 (Act 722), which mandates the National Lottery Authority (NLA) to conduct National Lotto for the purpose of raising revenue for the nation, also enjoins the NLA to care for and protect the physically or mentally afflicted, the needy, the aged, orphans and destitute children. The NLA is one of the critical revenue generating agencies of the state and over the years the Authority has played a pivotal role supporting government through corporate social responsibility and direct payments into the Consolidated Fund while making the citizenry rich through exciting lottery games. Going forward, the NLA is seeking to generate additional revenue through our Games, to contribute more towards the nation’s developmental agenda and as part of our Good Causes, support the vulnerable. We have been driven towards revenue generation as an Authority but we intend to do so now with a greater focus on our Good Causes.

Top Guide: The government’s focus on digitalisation has been reflected in the NLA’s activities. What is the rationale behind it and how has it transformed your operations? How do you expect to further transform them going forward?

Samuel Awuku: The world has made a shift towards technology and so has the lottery industry. Originally, NLA operated its games offline – through the kiosks and the manual system. The government has been heavily driving the digital agenda, hence many of the services rendered by state institutions have gone digital. In the area of commerce and within the public sector, it is very visible and so at the NLA we believe that with the strong partnership we have with our digital partners we should be able to fit into the government’s agenda of digitalisation to transform our revenue base. We were fortunate to have a good partner, KGL Technologies Limited, which has been instrumental in driving this agenda, helping us to increase revenue on the online front. Subsequently, other companies have come on board, some of whom we are in talks with to bring some dynamism into the digital space. We are seeking to modernise our activities with new contracts and new arrangements without deliberately pushing out our old and loyal Lotto Marketing Companies (LMCs). We are currently researching into the digital space to enable us segment our customer base and tailor their needs vis-a-vis our digital agenda and vision.

Top Guide: Can you tell us a bit about the NLA’s history in Ghana?

Samuel Awuku: The National Lottery Authority (NLA) began as the Department of National Lotteries (DNL) in 1958 by President Nkrumah. After discussions with the Government of Malta during a visit by Mr. Komla Agbeli Gbedemah, the then Finance Minister, two Maltese officials were seconded to Ghana to help set up a lottery institution. Subsequently, the Finance Minister laid a Lotteries Bill in Parliament and with its passage; the Department of National Lotteries (DNL) was established. Mr. Francis William Brennan, one of the Maltese officials was then appointed as the institution’s first Director. The Authority’s Current Draw Hall, the Brennan Hall is named after him. According to the 22nd August 1958 edition of the Daily Graphic, the euphoria that characterized the first draw was so huge, President Nkrumah in spite of travel arrangements attended the event and pressed the button for the first prize of Five Thousand Pounds. (£ 5,000.00). Thus to sustain the game, DNL moved from bi–monthly lotto draws to weekly lotto draws under the National Weekly Lotto Act, 1961 (ACT 94). Later The 5/90 Fixed Odds Game, which involves the picking of five winning, numbers out of 90 balls was then introduced. The first draw, which was conducted on September 29, 1962, remains the Authority’s flagship game. DNL evolved over the years developing new games particularly with the sale of its coupons, from the Manual Lotto Coupons, through to the Mechanized Lotto Coupons and the Universal Lotto Coupons. Having operated the Fixed Odds Game manually for over 40 years the Department of National Lotteries gained autonomy with the passage of the National Lotto Act, (Act 722) in 2006 as the National Lottery Authority (NLA). This new era brought about the introduction of automated machines that generate lottery tickets upon purchase.

Top Guide: As a young DG, what would you say have been your achievements at the NLA so far?

Samuel Awuku: I came in at a time when the Authority was beset with a number of issues ranging from financial, through labour to a sunken image. Leading a rebranding of the Authority has been essential. Making the Authority much more attractive to the people, paying closer attention to the vulnerable through the Good Causes Foundation – our charity arm – has ultimately changed the way the Authority is perceived. To address the labour problems, we met the local union and after several meetings and negotiations with them, we successfully implemented the Public Services Commission Review Report which set the foundation for staff promotions, staff development and staff advancement. Improving upon our work ethic and attitude is very important to me and it has been helpful to the growth of the business. Another thing was to license some Private Lotto Operators who previously operated illegally and paid no dividends to the government. With this Licensing Agreement, each operator pays an amount of Ghs1.5 million if they operate under the National Lotto Act, 2006 (Act 722) or Ghs500, 000 if under the Veterans Administration Ghana Act 2012 (Act 844). We have also almost cleared the debt of Ghs14 million in wins that was outstanding when I took over. To improve on our revenue, we renegotiated with our online partner, KGL Technologies Limited, to enable us get a greater share of proceeds and thus more revenue for the Authority.

Top Guide: What do you expect the next achievements to be and what is your vision for the NLA over the next five years?

Samuel Awuku: The next achievement would be for the NLA to take the stage
as the biggest lottery body on the continent with the biggest revenue base. Additionally, it would be for NLA to be the foremost lottery Authority to champion digitalization within every space of the industry and for the Authority to be credited with lots of Good Causes Initiatives across the country. The vision is to see the NLA as a world-class lottery body generating enough revenue to contribute towards national development and also embarking on lots of Good Causes Initiatives, and that is Impacting through Games.

Top Guide: What is the NLA Good Causes Foundation and in what ways investors can partner with you to achieve its goals?

Samuel Awuku: The Good Causes Foundation has four main areas of focus. In education, we support brilliant but needy students, educational institutions with needed logistics and sponsor projects that align with our aims. In the area of health, the foundation focuses on infrastructure support, training of mental health workers, providing medical equipment and supplies and embarking on nationwide medical outreaches on specific ailments. Youth and Sports Development covers capacity building for the youth and support
for sporting activities, especially lesser-known ones. It also assists SMEs owned by young people with the technical and skills support they may need to be innovative. Special attention is also given to persons with special needs and disabilities who may want to go into entrepreneurship. In Culture and Arts, the foundation supports projects, promote Ghanaian culture, such as events and educational programmes. The Foundation is ready to collaborate with individuals and institutions in Ghana and beyond to support the less privileged. Currently, our funding comes from the Caritas Lottery Platform, donations from our collaborators and Licensed Private Lotto Operators. We believe that we can do more if we get support outside these traditional sources of funding. We are seeking to build strong partnerships with entities that have their own NGOs or Foundations with similar objectives. We believe that with the Foundation, we can make an impact on lives and communities through games. As John F. Kennedy put: it “if a free society cannot help the many who are poor, it cannot save the few who are rich.” 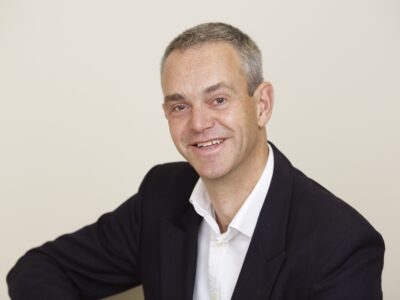 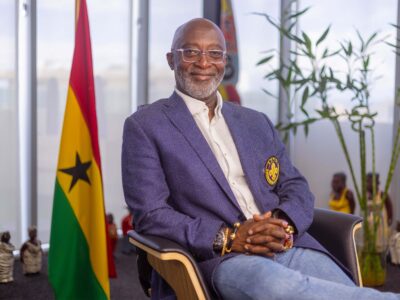 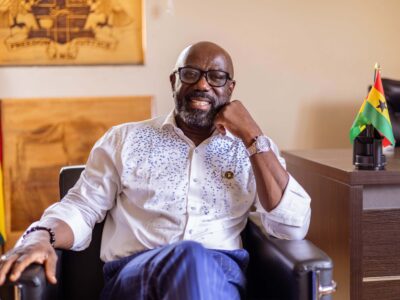 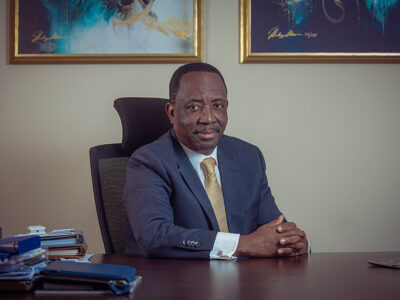 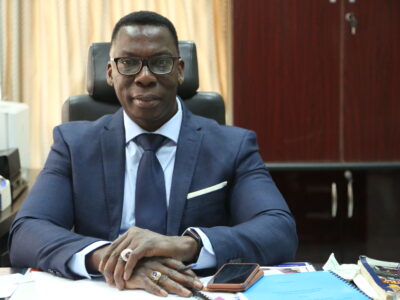 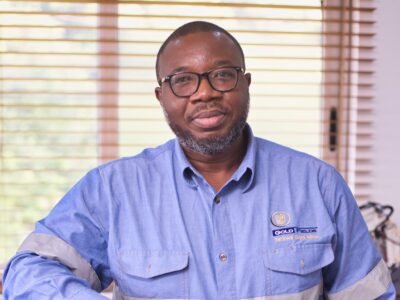